Dubai is a city within the United Arab Emirates located in the Middle East. Today Dubai is a mecca for tourists with everything from Sand, sun, beaches, theme parks, shopping, restaurants and some local culture if you know where too look. Visiting dont come cheap, but its possible to get package deal tours here without selling your car. Hotel prices are the second highest in the world after Geneva (2014), so when choosing a room try to find discounts or travel in low season. Taxis in Dubai are dirt cheap, actually we had a 160km taxi ride between Abu Dhabi and Dubai for 280 UAD , thats only 75 US. When it comes to food you will find everything here, fast food, asian, arabian, european etc, the prices vary from cheap fast food chains to top gourmet restaurants. As this is a muslim city in a muslim country they have muslim laws. Alcohol is prohibited normally but at western hotels you will find alcohol, but it aint cheap, you will probably pay 10 US pr drink or pr beer.

A few facts about Dubai:

Half of the people living in Dubai are Indians or of Indian descent. Only 17% of the population is composed of Emiratis. The rest are immigrants and tourists from the rest of the world.

While Dubai’s economy was built on oil and natural gas, the emirate now relies on tourism, trade, and real estate to keep the money flowing.

Dubai is the jewelry trading center of the Middle East. To assert its reputation, the longest gold chain was made in the emirate during the Dubai Shopping Festival of 1999. The chain, valued at 22 carats, spanned four kilometers.

Despite Dubai’s hedonistic reputation, calls to prayers can be heard across the city five times a day. Be it at the mall, the market, or even the dance clubs, everyone pauses to say their prayers when the muezzin chants the Islamic call to prayer, the adhan.

Dubai holds the distinction of being the fastest growing city in the world. In 1990, there was only a single skyscraper in the city – the Dubai World Trade Centre. There are now over 400, and the emirate’s population has doubled as well. The construction boom continues to this day. Dubai currently holds the recognition for building the tallest skyscraper in the world, the Burj Khalifa.

Crime rate is virtually zero across the city. Dubai is one of the safest places on earth, where racial tensions among different nationals are unheard of.

Global cities require street addresses for couriers to find their destinations. Dubai has none. Posts are instead delivered to PO boxes.

When oil was discovered in Dubai in 1966, an influx of foreign workers created a threefold increase in the city’s population.

Religious openness is practiced in Dubai. Christian churches stand a mere few blocks from Muslim mosques, Hindu temples, and even from Jewish synagogues. 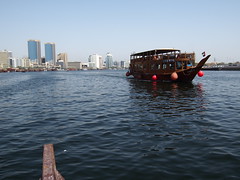 On the Dubai Creek looking at old Dubai. 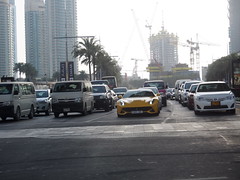 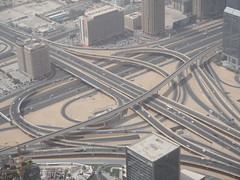 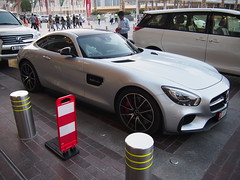 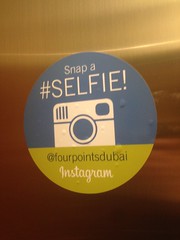 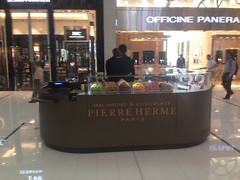 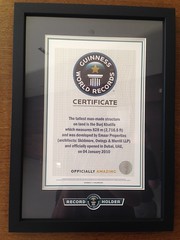 Burj Khalifa and its records. 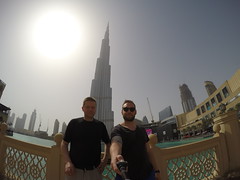 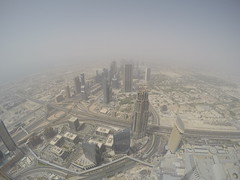 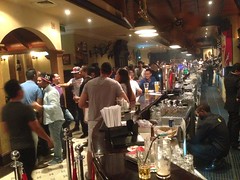 In a english pub in Rotana Towers. 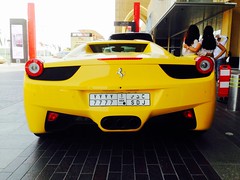 Another Ferrari with Saudi plates. 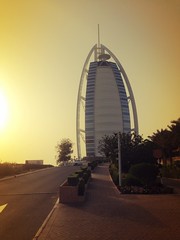 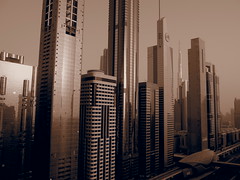 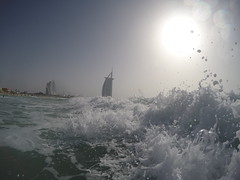 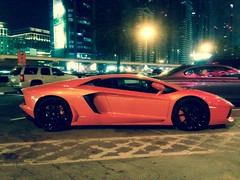 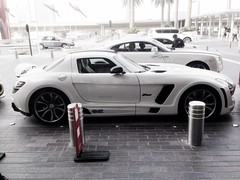 mercedes Benz SLS TUNED BY fab DESIGN with 607 bhp and Rolls Royce Wraith with 624 bhp in the back.. 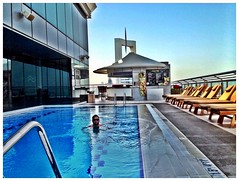 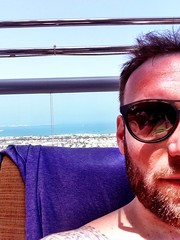 Lounging at the hotel rooftop with the World Islands in the back. 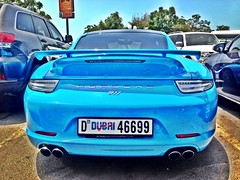 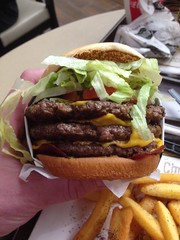 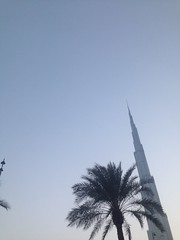