Of course there are others that think differently, there are several Travel Clubs around the world that count in island groups, exclaves, enclaves, territories, autonomous regions, geographically separated island groups and provinces.

Why is the number of countries 198? Well, lets just say the history and time did it.

There is of course politics and diplomatic issues around land and ownership. Conflicts and wars have been started and fought, and many millions of people have died for what they have believed in or others have believed in throughout history.

It still goes on and probably it will never stop. It is sadly too much too gain from the wealth that is underground to stop warlords stepping down. New research shows that the Englishmen have invaded all but 22 countries in the world in its long and colourful history. But enough with politics.

What is a Travel Club?

Travel clubs are where people unit with their hobby, meet people from different countries around the world and share their goals to travel everywhere.

The 3 biggest and most known travel clubs are:

Most Traveled People is a club for travelers who aspire to go everywhere. Their list includes 949 countries and territories. The club was founded by Charles Veley in 2005, who was number 1 on the list until recently. He is still the worlds second most traveled by his website. The club has 18.000.members around the world.

The Best Travelled/Nomad Mania was launched in 2012 by Harry Mitsidis.

Nomad Mania is the only website listing travel achievements through so many aspects and also, through verification, checking the claims of big travellers to ensure authenticity. We aim to create an active multicultural community of travellers which inspires travel while being a true reference to all 1281 regions of the World.

How do you count your visits?

We all know that travel is fun, interesting, excite us and that we expand our horizons while doing so. But what is the criteria for counting a place or a country? In my opinion it doesn’t count when you only have been to the airport, for instance when you are in a transit zone between A and B. But what if you stay the night at the airport hotel nearby to catch the morning flight, what then?

Physically your there and should count it. But personally I would not count that. Why? Because I haven’t really seen anything or done anything. In other words, you haven’t explored  or experienced the country. You can’t have a conversation about that specific place to another traveler who has been there.

In 2001 me and a friend travelled to Ibiza, we had to change planes in Zurich, Switzerland, I went out from the airport to say I had been to Switzerland, to count it. After a while I figured out that I couldn’t have a conversation about the city sights of Zurich, and could not say that I had been there.

How many people have been to all the countries in the world? 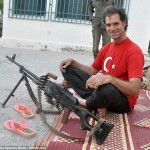 It is difficult to find the exact number, but statistics from Harry Mitsidis travel club, Nomad Mania, says that its a maximum of  200 people who have been to every country so far, (Jan 2020). To travel to all the countries in the world you need 2 things and thats money and time. Harry Mitsidis is one of the first persons to visit all the Worlds Countries.

There are several cases where the top travellers in the world have had sufficient funds from good paid jobs, own companies or sponsors along the way, as travelling the world in such a way will definitely be expensive.

Here we need to separate travelrecords into:

Roman Bruehwhiler from Switzerland, ranked top 5 on The Most Traveled People page, sold his travel agency and set up a team of travel agents to make a world record of visiting all the countries in the world in 365 days, that’s only 1 year. Still not sure if his record is still the fastest.

Charles Veley, the creator of Most Traveled People, spent 72 days at sea to check off Bouvet Island to claim that he was the most travelled person in the world by Guiness World Records. Bouvet Island isn’t an easy target, it’s an uninhabited sub Antarctic volcanic island and dependency of Norway located in the sub Antarctic ocean.

Mike Spencer Bown spent 23 years abroad, travelling the world before internet was here. In my opinion that is more extreme compared to all the ones that do it today.

Harry Mitsidis, a half greek born in England which i met when he visited my home town of Trondheim, Norway a few years ago, is the biggest traveller in Nomad Mania. Actually Harry is the owner of this travel club. He had been to all the Countries in the World by age 37 and are 2/3rds on his way to visit them a second time.

Michael Runkel is also one of the bigger travellers. Hi is from Germany and travels with his family regularly and his camera as he is a photographer.

Babis Bizas from Greece has travelled the World non-stop for 35 years, he also claims he is the Worlds most travelled man. He has filled up 40+ Passports since he started as a Backpacker in 1976. He has worked as a travel writer, touroperator and specialists

Rus Margolin, a Belarusian which made his millions on Wall Street has travelled since 2013 and still travels. He is a really well travelled man, constantly travelling to all corners of the World. He has a web page with over 100.000 pictures from all over the World. I guess he will be one of the most travelled one day.

Markus Lundgren, the Most travelled Scandinavian is only 41 years old but allready on 9th on Most Travelled People and 20th on Nomad Mania. He works as a Diplomat in Riyadh, Saudi Arabia and taken him around the world a fair bit thru his short life.

Lee Abbamonte is also a young well travelled man. He is an American that finished all Countries in his 30`s. Now he focuses on visiting all the other regions.

Jorge Sanchez is maybe the most hardcore traveller, having been on the road since he was 13. He came from a poor background, but has worked his way around as a dishwasher in restaurants, farms in Australia, mines in Peru etc. He is also one of the most travelled persons in the World.

Sascha Grabow is a German former ATP Tennisplayer, author and now one of th most travelled men. He travelled to All Countries between 1987 and 2016.

Donald M Parrish and Robert A Bonifas also claims to be one of the most travelled people. They are both well travelled with top scores in Travelers Century Club.

In recent years there has been lots of travellers finishing all the Countries in the World. One of them is Cassie De Pecol who were the Fastest to travel all Countries (1 year 194 days), but not the first woman as she claims. She claims to be the first woman on record to travel to all Countries, strange as there has been a few others before here but as she puts “on record” she brags to be the first.

You have several others that travelled around visiting all countries the fastest. You have Taylor Demonbreun, a 24 year old American woman which did it in 1 year 189 days, she was also the youngest. Not long after the youngest as of january 2020, the American Lexie Alford finishing at 21 years old…..21…Thats a record that will likely be standing for a while.

Im talking about people visiting ALL COUNTRIES IN THE WORLD, but there are also a guy which have done it twice. He`s name is Gunnar Garfors and is Norwegian as me. Think about it, twice…thats impressive.

At the time of writing there is a Dane that will be the first person in the World to visit ALL COUNTRIES, without taking any flights or going home in between. He has now been travelling for 6 years straight starting the 10th of October 2013 and are about to finish sometime this year. He`s name is Torbjørn Pedersen and will probably be a legend when he finishes.

Another Dane is Jacob Øster, he finished ALL COUNTRIES in 2019 as one of the most travelled family/hobby travellers. He has travelled alone and with his family along the way. His wife has been to 120 Countries and his kids 79 and 64. A well travelled family.

Johnny Ward are tying to become the first person to visit ALL COUNTRIES, North and South Pole and climb ALL SEVEN SUMMITS. He only miss South Pole and 4/7 summits. Also a grat accomplishment when he finishes.

So as you read, there are all kinds of records due to visiting all the Countries in the World. Youngest, fastest, with family, without family, with one leg, one arm, wheelchair, blind, green hair, black etc etc…

I think after Instagram came in 2012, the world has seen a rise in extreme travelling and record attempts just to get followers, endorsement deals and sponsors. Im not saying all people think like this but travel has changed and opened up the world for so many people, good and bad.

Maybe travellers before the Internet arrival was the real travellers after all:)