Bahrain – which name means “two seas” – was once viewed by the ancient Sumerians as an island paradise to which the wise and the brave were taken to enjoy eternal life.

It was one of the first states in the Gulf to discover oil and to build a refinery; as such, it benefited from oil wealth before most of its neighbours. Bahrain never reached the levels of production enjoyed by Kuwait or Saudi Arabia and has been forced to diversify its economy.

The country has been headed since 1783 by the Khalifa family, members of the Bani Utbah tribe, who expelled the Persians. From 1861, when a treaty was signed with Britain, until independence in 1971, Bahrain was virtually a British protectorate. Since independence it has forged close links with the United States, and is home to the US Navy’s Fifth Fleet.

The king is the supreme authority and members of the Sunni Muslim ruling family hold the main political and military posts. There are long-running tensions between Bahrain’s Sunnis and the Shia Muslim majority. On occasion, these have spilled over into civil unrest.

In 2001 Bahrainis strongly backed proposals put by the emir – now the king – to turn the country into a constitutional monarchy with an elected parliament and an independent judiciary. Elections – the first such poll in nearly 30 years – were duly held in 2002 for a 40-member parliament, the Council of Deputies, which included a dozen Shia MPs.

Over the years the country enjoyed increasing freedom of expression, and monitors said the human rights situation had improved. However, in early 2011 the government called in the Saudi military to crush protests by demonstrators demanding a greater say in government and an end to what Shias say is systematic discrimination against them in jobs and services.

Thousands of demonstrators gathered for several days in the centre of Manama, inspired by the popular uprisings which toppled the leaders of Tunisia and Egypt. Several people were killed in clashes with security forces.Despite the crackdown, Shia resentment has continued to simmer, sporadically erupting in anti-government protests. The controversial decision to allow Bahrain to host the Formula 1 Grand Prix in April 2012 further galvanised protests.

Analysts believe that the ruling Khalifa family – which effectively controls the government – is split on how best to respond to opposition calls for a more meaningful dialogue. 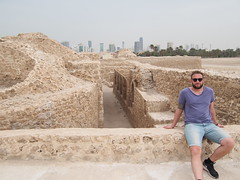 Old ruins and new skyskrapers in The back! 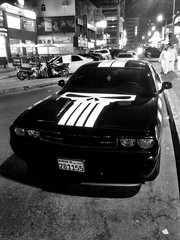 Punisher is in town! 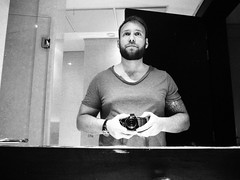 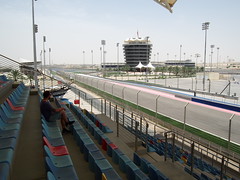 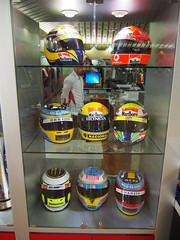 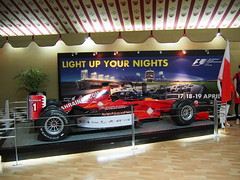 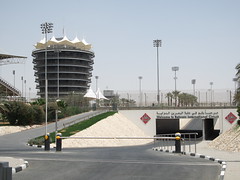 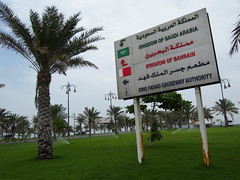 Went on The suspension bridge between Bahrain and Saudi Arabia but couldnt get The visa so we had to drive back! 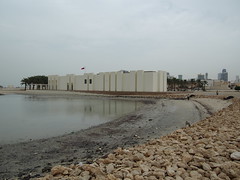 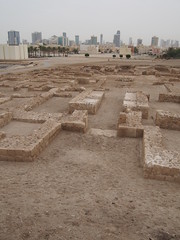 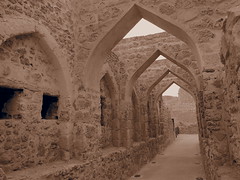 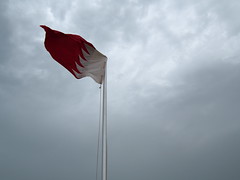 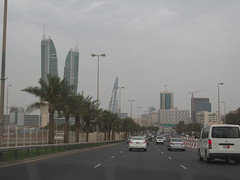 On our way to The capital Manama! 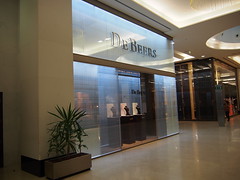 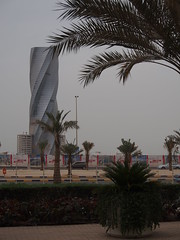 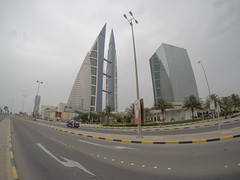 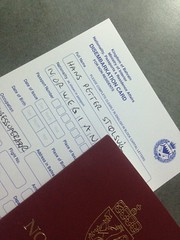 Applying for my Bahraini Visa at The airport! 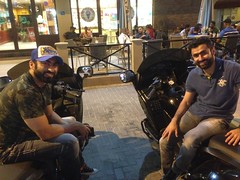 Met these brothers a saturday night in Manama, they where bored as all The rest in The country and where driving around in their new Gullwing motorcycles! 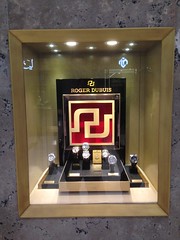 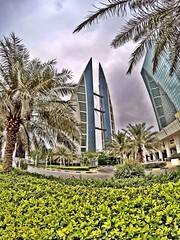 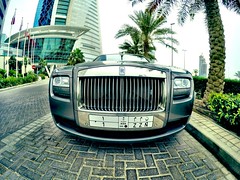 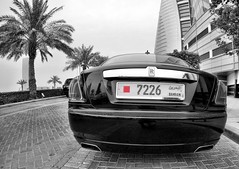 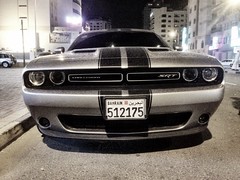