Everybody has heard about the battle of Stalingrad. This is one of the biggest and worst battles the world has ever seen and this is located in the city of Volgograd, previous Stalingrad. I’ve always been fascinated by the world war 2 acts, not that it was a good thing that happened, but all the history, battles, people, problems it caused throughout the period of 1940 to 1945 is interesting somehow and off course sad. Many films have been made of this battle and it was a turning point in the war. The casualties are figured to 1.250.000 after which 1 mill Russians and 250.000 Germans lost their lives here. What if the Germans would have won this battle, what about the world today? Would we be where we are? I guess not. 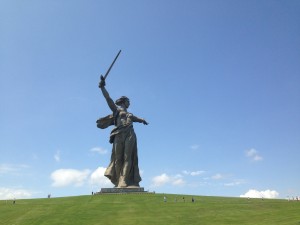 Starting in 2013, for nine days every year, the city may be officially referred to as Stalingrad. There is a debate in the city regarding if the city should be permanently renamed Stalingrad, president Vladimir Putin has expressed that such a move should be preceded by a local referendum.

But anyhow, we came by plane from Moscow, took the Aeroflot from Shermeteyevo airport ending up 2 hours south in the Volgograd Region that meets the Caucasus and the country of Kazakhstan. Volgograd has always been an important city to Russians and it still is because of the river Volga that ends up in the Caspian See and combines 10 other citys in remote parts of Russia. In fact the river is Europes longest. 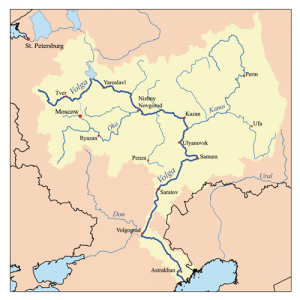 Our visit here was mainly for our personal interest, but if travelling to Russia and its different citys I would recommend going here just because of the history and you can also combine sailing down the Volga river, either the hole way from Moscow or just from Volgograd and down to the black see. The citys population is 1 million and the city is 80 km wide keeping the center pretty small.

The people that lives here has a meaning that the city has a small town feel and I could agree to that, a few eateries, some bars/pubs and a tourists industry that is quite small.

The biggest tourist attractions here are as follows:

More pictures will be under the Galleries of Russia and Eastern Europe.