Akrame has been one of the hottest Paris addresses since it opened its doors in early 2011, and talented young chef Akrame Benallal confirmed his potential when the Michelin Guide took the unusual step of awarding the restaurant a star in its first year. So expectations are high. Benallal worked with both Ferran Adrià and Pierre Gagnaire, and the buzz only increases when you discover how difficult it is to get a reservation, followed by a reminder call from the maitre d’ on your mobile at 9.30 the morning of the booking to reconfirm. Just a couple of minutes from the Arc de Triomphe, Akrame certainly looks the part, a small but stylish dining room seating around 20 people, with modern designer furniture and muted black décor that contrasts with a striking series of large colour photographs of tattooed women. But Akrame is full of surprises, far from the typical Parisian Michelin-starred dining experience of stuffy waiters and diners talking in hushed voices. At one end is an open kitchen where the chef works away animatedly with several assistants, while the friendly young staff immediately put diners at ease, and remain attentive rather than intrusive throughout the meal.

Don’t come expecting a typical menu with dozens of different dishes, as Benallal has opted for the flavour-of-the-day concept of no-choice tasting menus – though the waiter checks first if you have allergies or dislikes, and the chef can then prepare alternatives. To really appreciate Benallal’s dazzling, inventive cuisine it is worth opting for the €100 four course menu or €130 for the six course. 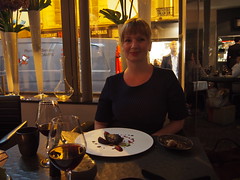 At Akrame having pigeon! 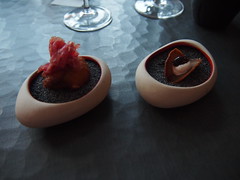 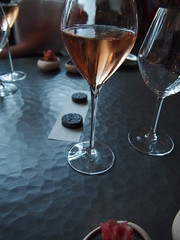 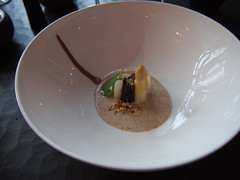 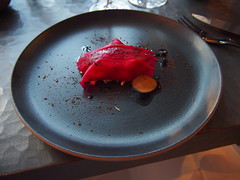 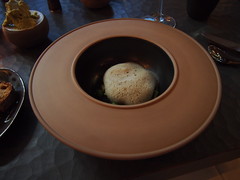 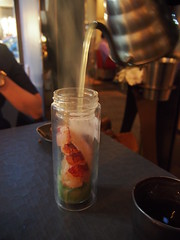 Filling up a glass with fishjuice to cook The lobster for 5 min at The table! 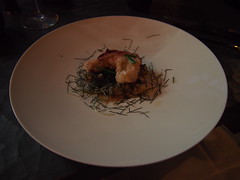 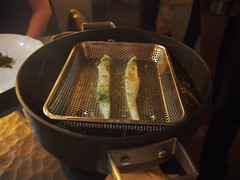 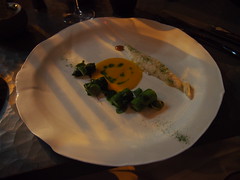 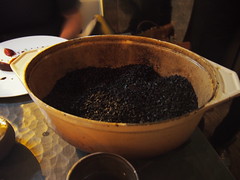 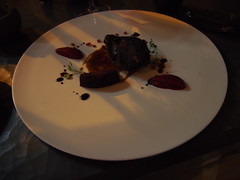 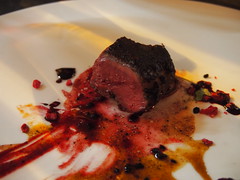 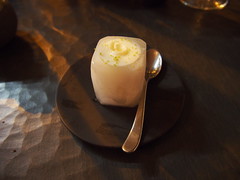 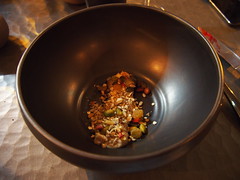 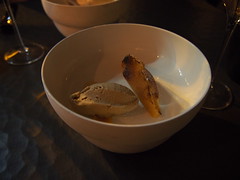 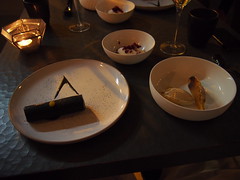 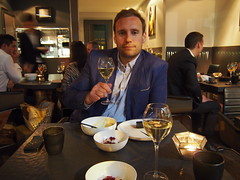 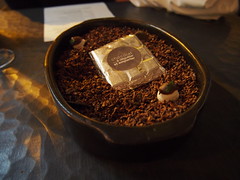 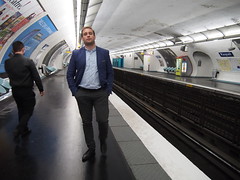 Stuffed with 11 dishes, ready for The last train home!
MENU