José Avillez and his team look at haute cuisine as a form of expression. At the Belcanto they share their inspirations, emotions and concerns through their culinary representations and illusions. We value seasonality and non industrial production. We favor organic products, but we are not unyielding.

Each dish tells a story and sets out to stir the emotions of those willing to try it. 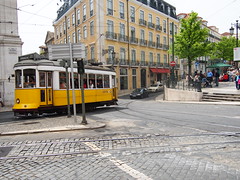 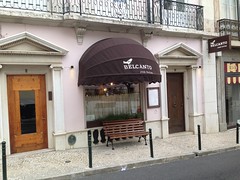 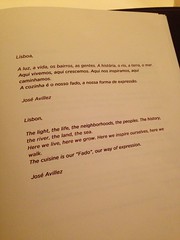 A few words before we start. 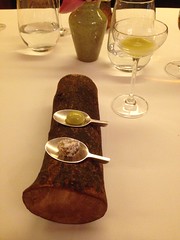 Compliments from the chef. 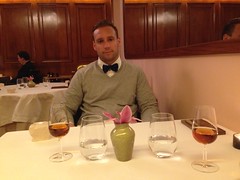 Bring on the stars... 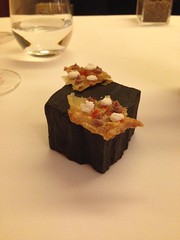 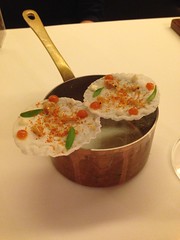 A snack to trigger the tast buds. 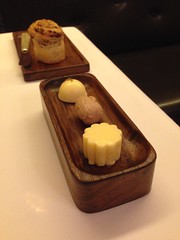 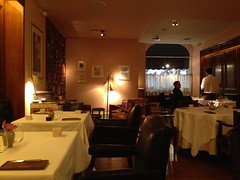 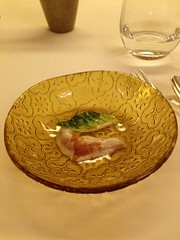 Shrimp with a tasty sauce. 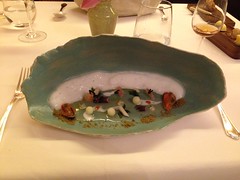 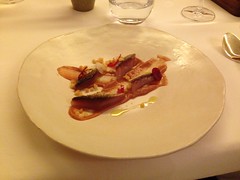 Tuna with another sauce. 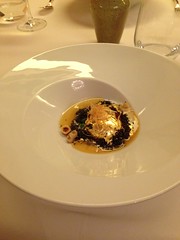 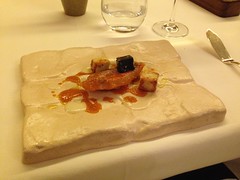 Another type of fish with tofu. 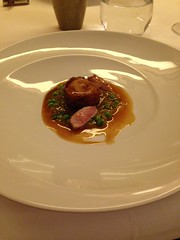 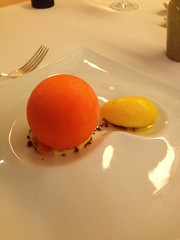 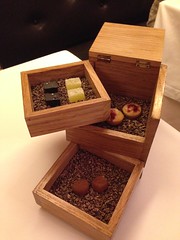 Ended the meal with some sweets. 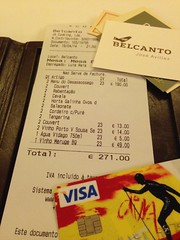 The worst time of the meal.
MENU